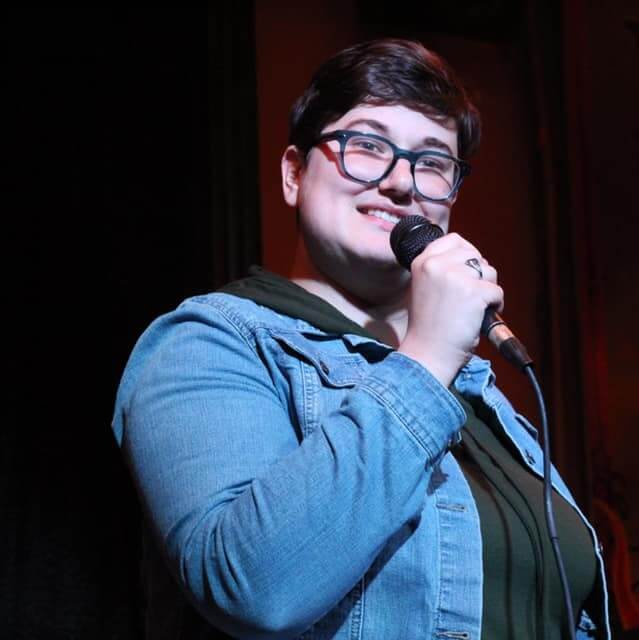 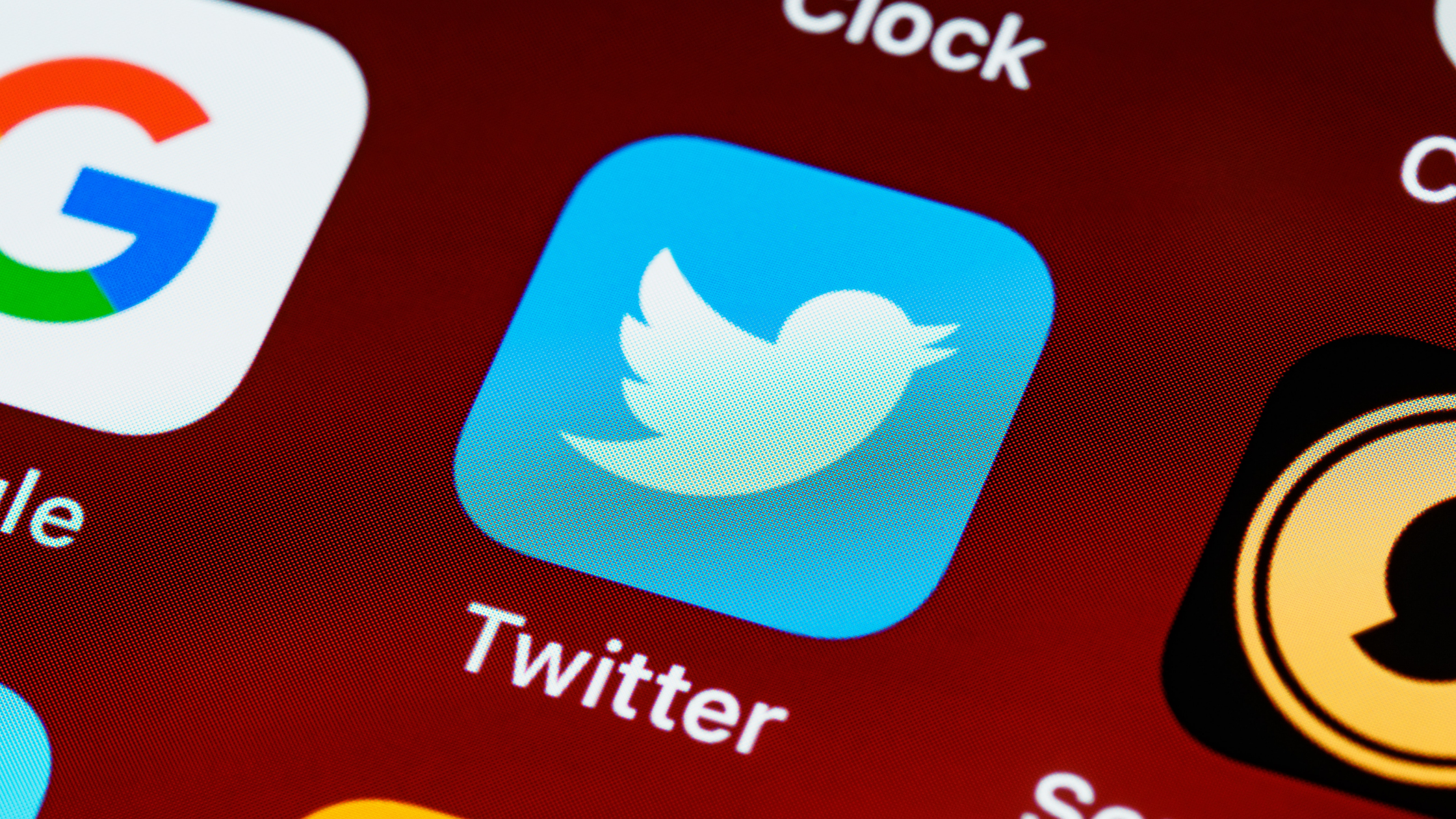 Twitter may not have the ad targeting capabilities of Facebook and Instagram or the professional veneer of LinkedIn, but it has a value for brands that shouldn’t be overlooked. That value is in engaging with the public and creating relationships with your audience. More followers mean more engagement with your brand. A high number of followers also makes your company look more legitimate. But how do you build the following to make that happen? Let’s find out!

Though it may be tempting to buy followers from one of those bots, inflating your follower count doesn’t pay off in the long run. These followers won’t engage with your content or become customers. Twitter also keeps an eye out for bot accounts and deletes them, meaning these followers you paid for could all get their accounts deleted as soon as you buy them.

Fortunately, Twitter is the easiest social media platform to grow a following on organically.  Just follow these tips and you’ll set yourself up for success.

Your Twitter bio and other profile features should show what you’re all about and that you’re interesting and worth following. Here are a few things you should include. 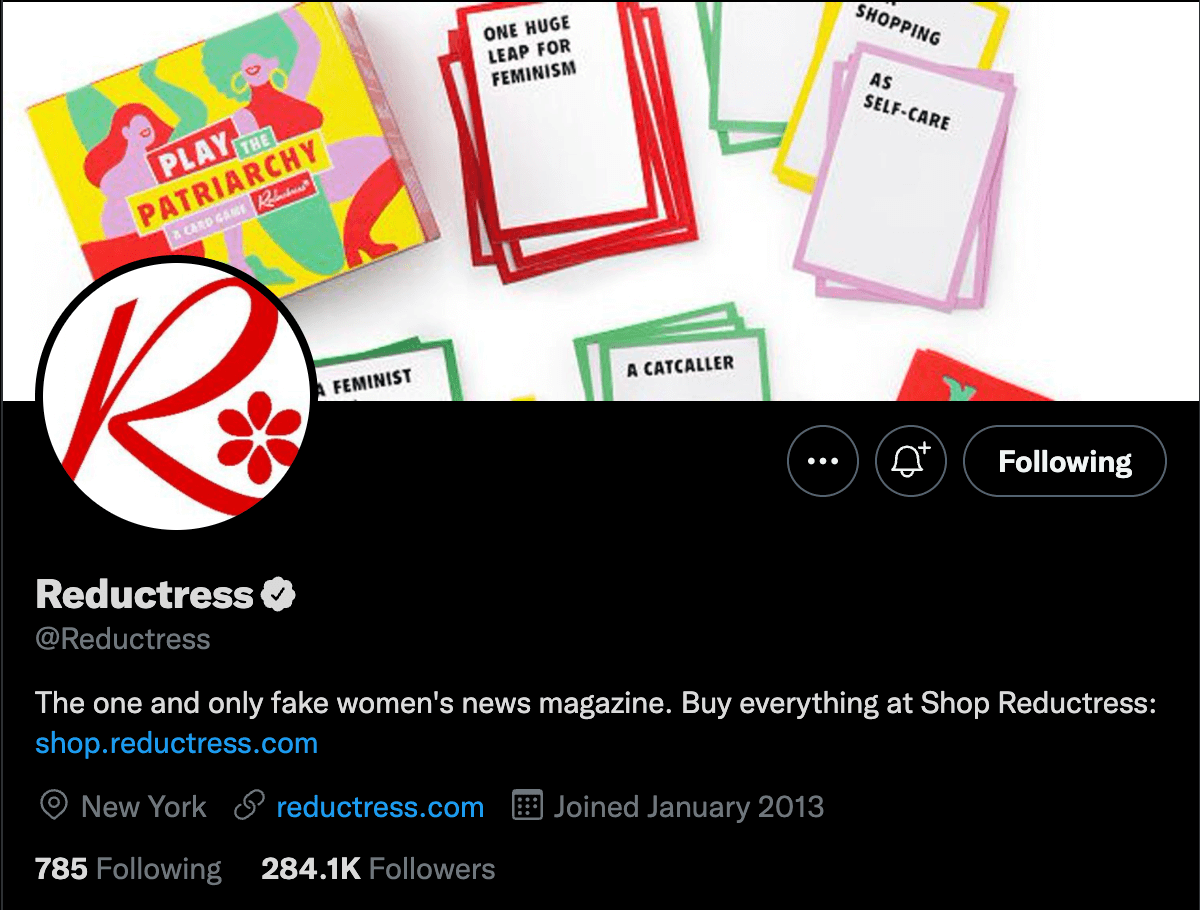 The pinned tweet feature lets users choose a tweet to appear at the top of their profile. Opening with your greatest hit, whether that’s your latest promotion or most popular content, gives users who stumble across your profile a reason to stick around. 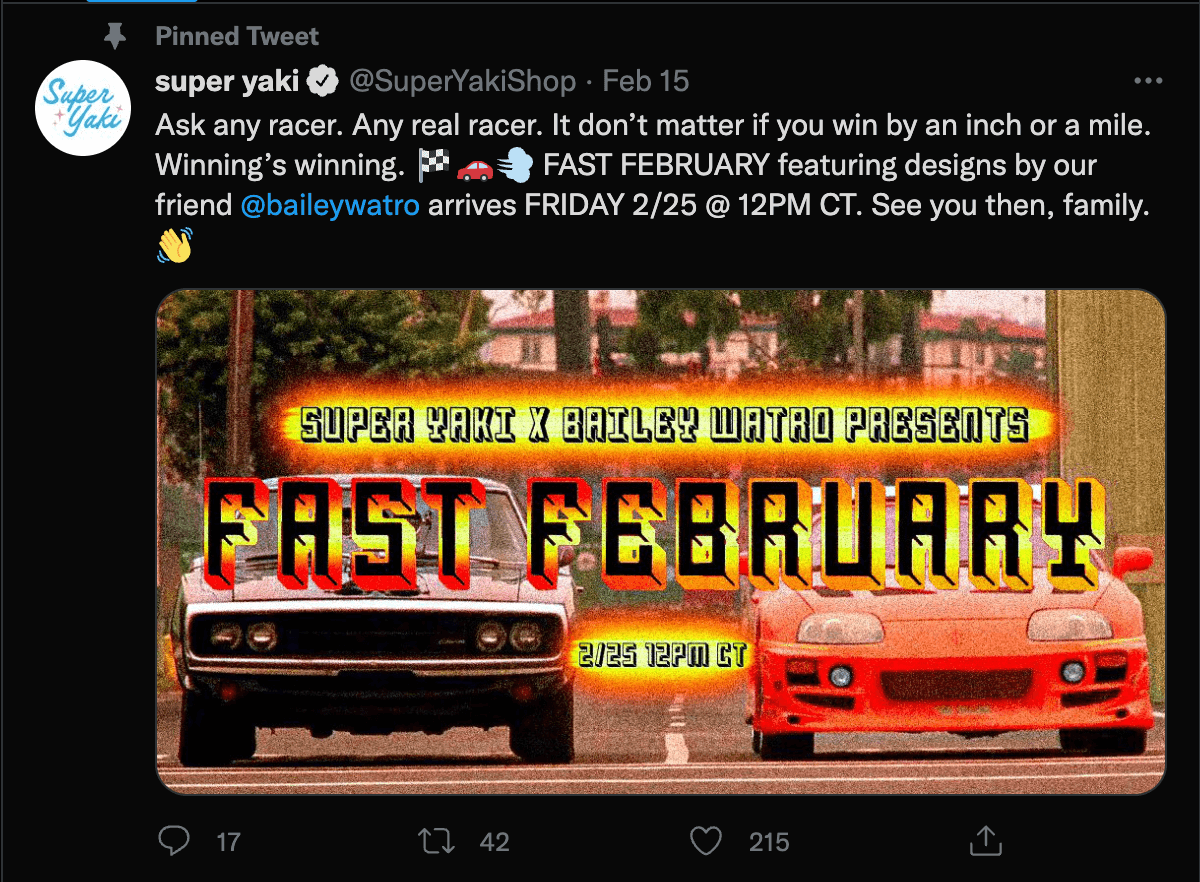 Tweets with images and videos get more likes and retweets than those with text alone. Visual tweets are more likely to stop people from scrolling to look at your content. If you’re stuck on how to do that, try

This tweet from Starbucks uses a graphic to promote their non-dairy drink options: 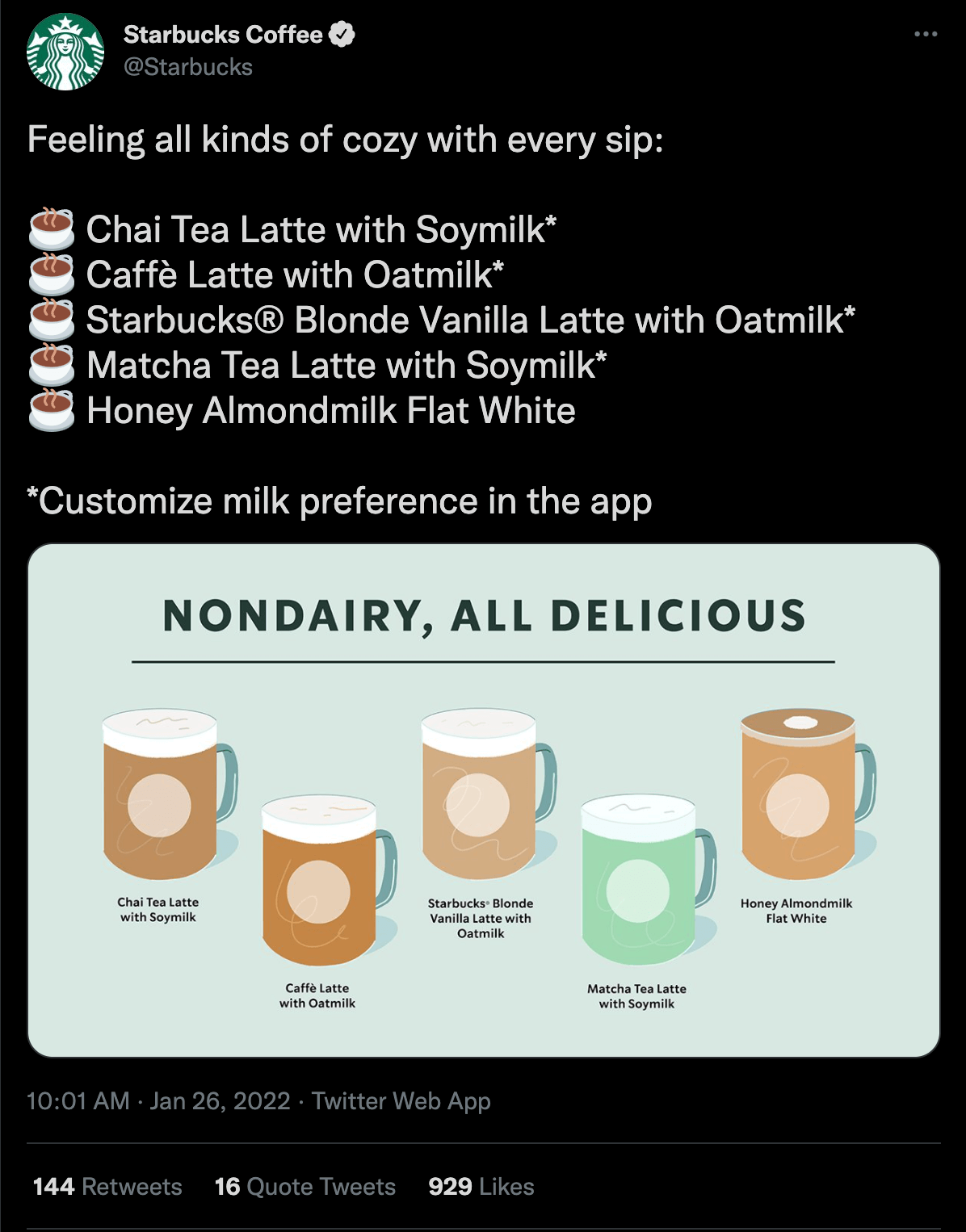 Hashtags make your tweets searchable and visible to more people outside of your follower base. Relevant hashtags may include industry-based, community-based, and event-based. Keep track of trending hashtags in your niche to increase engagement in real time.

Live-tweeting a major event like an awards show, sporting event, or something more specific to your industry is a great way to get more eyes on your tweets.

Twitter is full of niche communities that organize with hashtags. Industries, activism, pop culture interests, and anything in between can have their own Twitter niche.

How you engage with your Twitter followers builds your online reputation. Do it well and new people will follow you, do it badly and people will unfollow.

Respond to Comments and Mentions

Responding when a user mentions you gives them validation. It’s also a chance to be a little clever to make the interaction memorable.

Wendy's is as well known for their cheeky Twitter replies as they are for their fast food.

When a follower sends you a DM, treat it like they are reaching out to customer service and respond to it. People don’t like being ignored, even by brands on Twitter.

Engaging with other Twitter users will get you more followers than tweeting on a schedule.

This Pokemon GO Promoted Tweet encourages engagement with a poll: 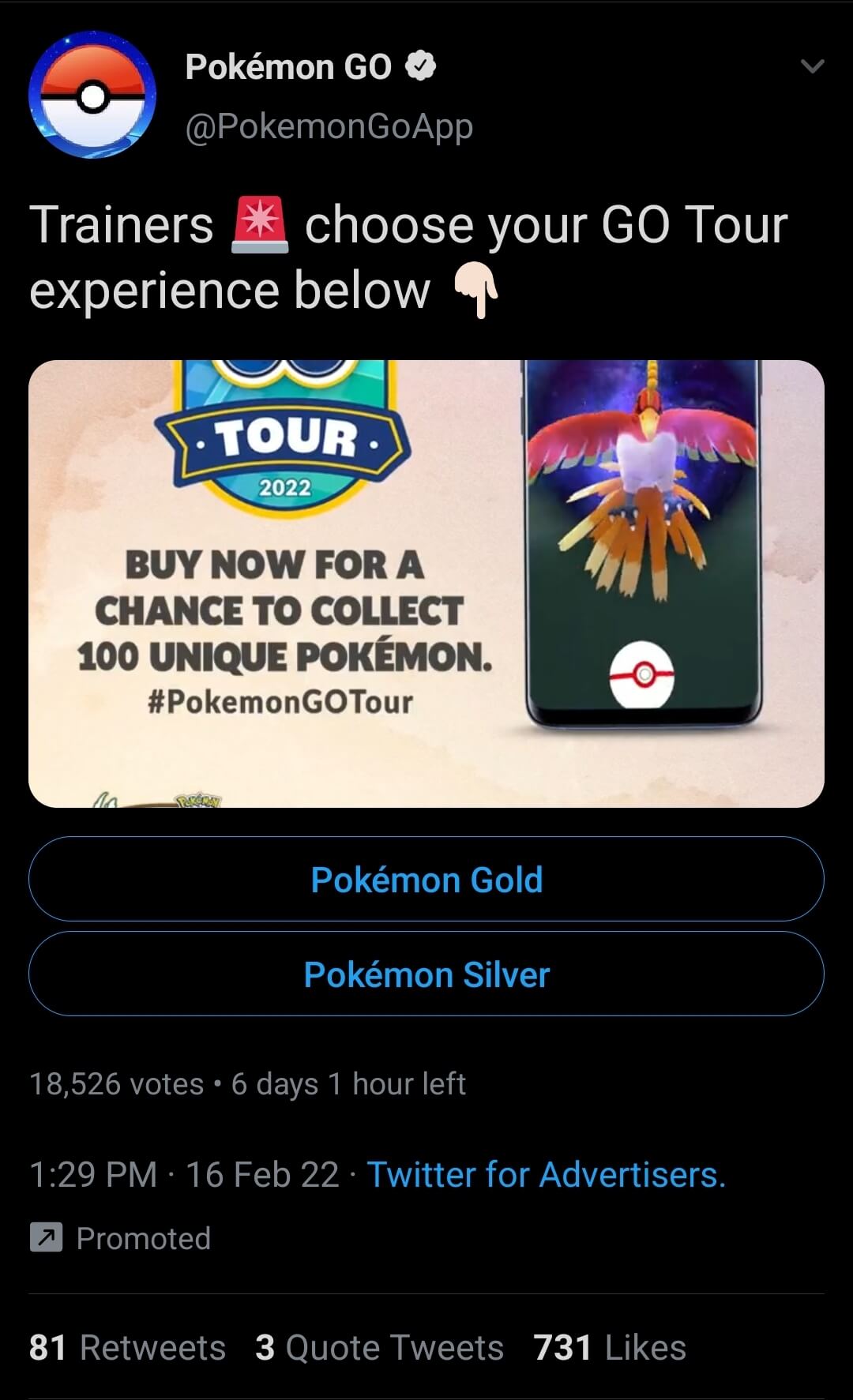 Public and private Twitter lists can both serve as segmentation tools. If you curate public lists related to your industry, the accounts will get a notification that you added them and may follow you back if they like your content, especially if the title of your list butters them up. Who wouldn’t be flattered to be on a list called “Cool (Industry) People?”  Private Twitter lists allow you to keep an eye on your competitors without following them. Here are a few examples of types of lists your can keep:

Tweet threads are a series of tweets threaded together to create a longer piece of content. Like blog posts broken up into little chunks. Threads are a popular way to signal that you offer expertise and perspective that are worth following. Tweeters often signal the beginning of a thread with the thread emoji and indicate how many tweets are left with “1/7” to “7/7”.

Humor publication The Belladonna does this every week with Tuesday Tips. 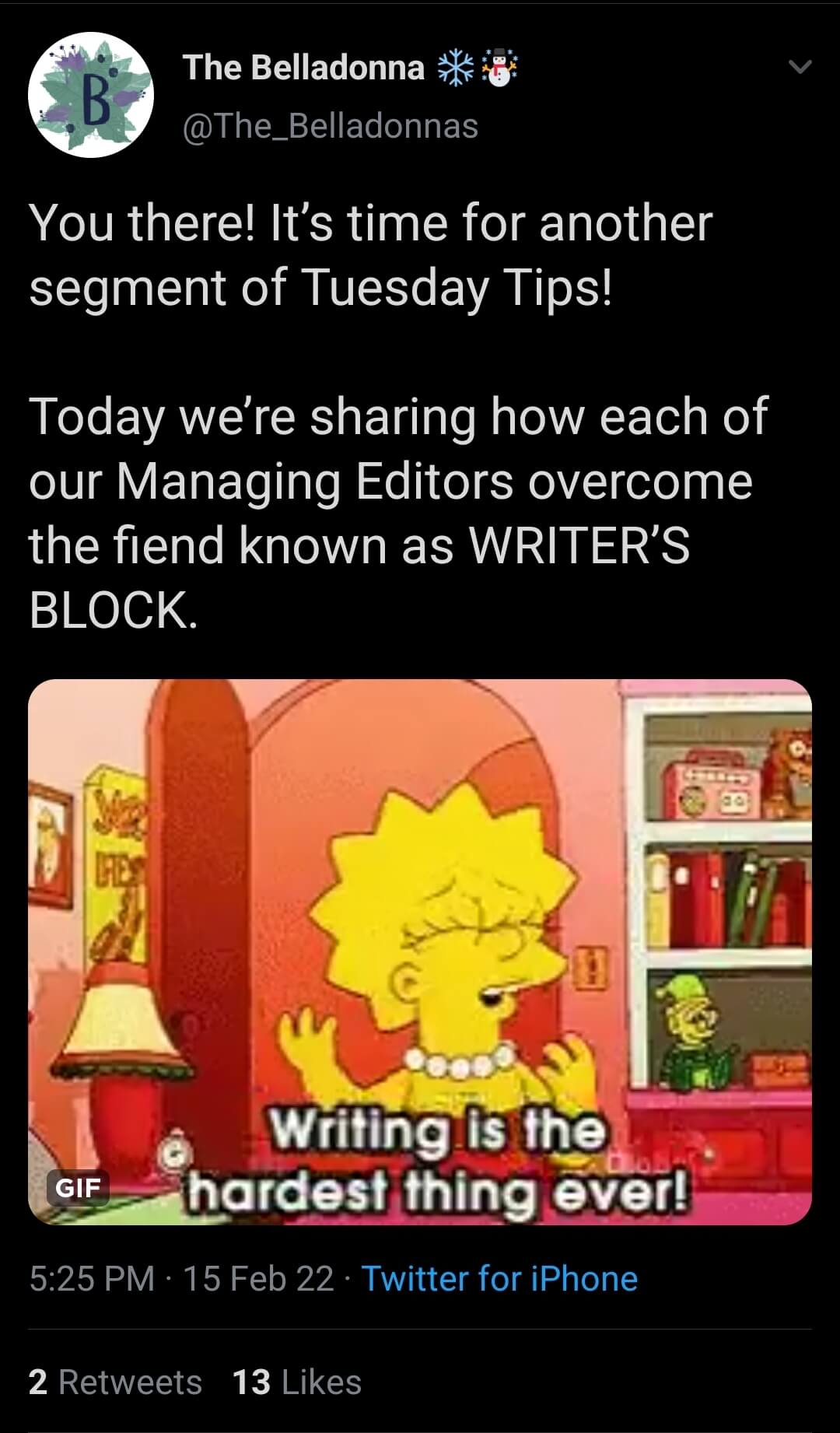 Industry Twitter chats are a chance to show off your expertise in front of potential new followers. These chats typically take place on a weekly basis and are denoted with, you guessed it, a hashtag. Hosts ask questions with the hashtag and participants answer them, also with the hashtag.

Timing is an important factor for tweet engagement. If you send the funniest tweet of your life while your audience is asleep, it won’t lead to engagement and new followers. Scheduling tweets for high engagement times helps you get tweets out to a captive audience.

Successful social media marketing follows the 80/20 rule: 80% of your content should be informational and 20% should be promotions. That way your followers get something out of following you besides updates on the latest sales that you probably run ads for anyway.

Twitter verification was created to signify that the account you’re looking at is who they say they are, but it’s become a sort of status symbol since they’re often given to celebrities and journalists. If you meet the requirements, getting verified shows off your legitimacy. 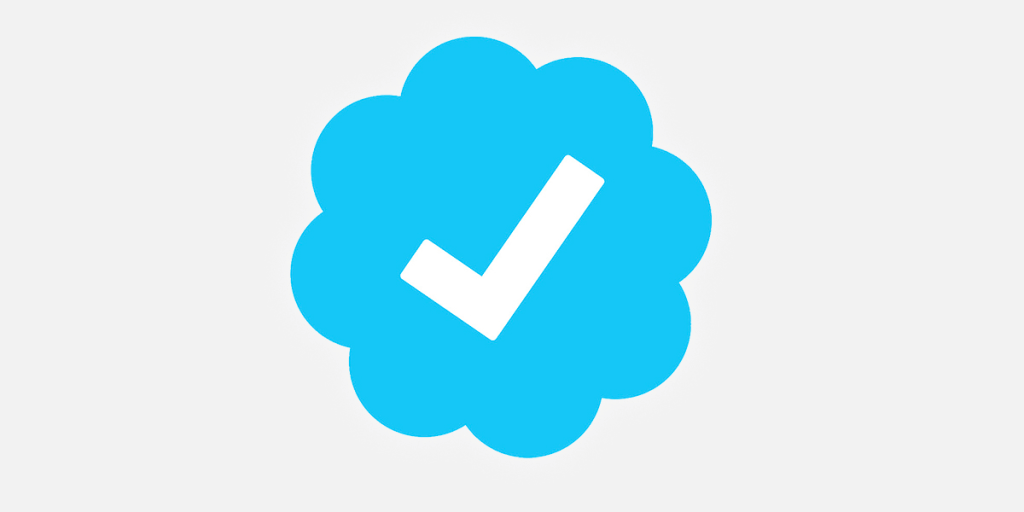 Partner With an Influencer

Influencers are people with large social media followings who promote products and services and are followed for their opinions. Even if you don’t have the budget for a Kardashian or the latest TikTok star, you can cash in on the benefits of influencer marketing. Micro-influencers in your niche get more engagement from exactly the type of potential followers you’re looking for.

Promote Yourself on Other Platforms

It may sound corny, but retweeting yourself has its place if you don’t use it in a spammy way. For example, don’t retweet your own joke from an hour ago that didn’t get as many likes as you wanted, but do retweet your own evergreen blog post from last month to get it in front of more users.

#FollowFriday or #FF is a time to shout out your favorite Tweeters. Showing you care shows you’re a person. And it doesn’t hurt that followers of the users you mention could become your followers.

Follow people you genuinely want to follow. Whether they’re relevant to your industry, have a perspective that interests you, or they’re just funny, following people for a reason will get you more genuine follow-backs and engagement.

Increase Your Reach With Promoted Tweets

Promoted Tweets are a popular Twitter marketing feature. Gaining followers is one of the easy campaign objective options. 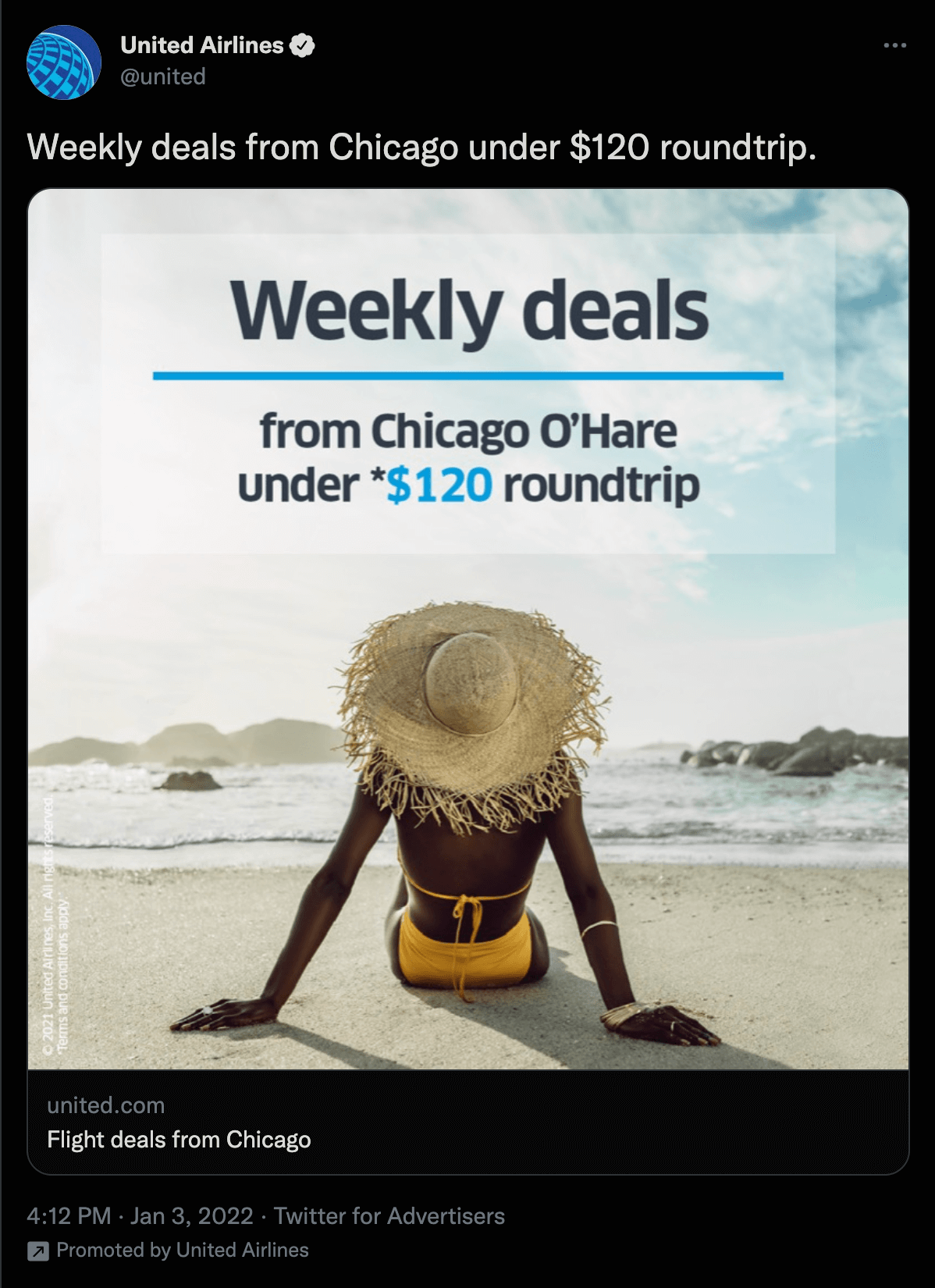 Comparing the results of different wording, images, calls to action, or any other aspect of your tweets can help you fine tune your twitter strategy.

Blogging is the dominant player in content marketing, but it’s not just for SEO. They also give you more content to fill up your social media calendar and are a great way to bridge the gap between followers and customers.

How Sav Can Help

From buying a domain to going viral on Twitter, Sav is here to help small businesses succeed online with beautiful websites and user-friendly features. Check us out today to find out how!

All About Selling Domains
Commission Rates: How Much are You Really Making on Your Sale?
Backordering: The Best Way to Secure an Expired Domain Name

Luca Harsh is an in-house content writer for Sav. They live in Chicago with their cat, Polly. Yes, Harsh is their real last name. 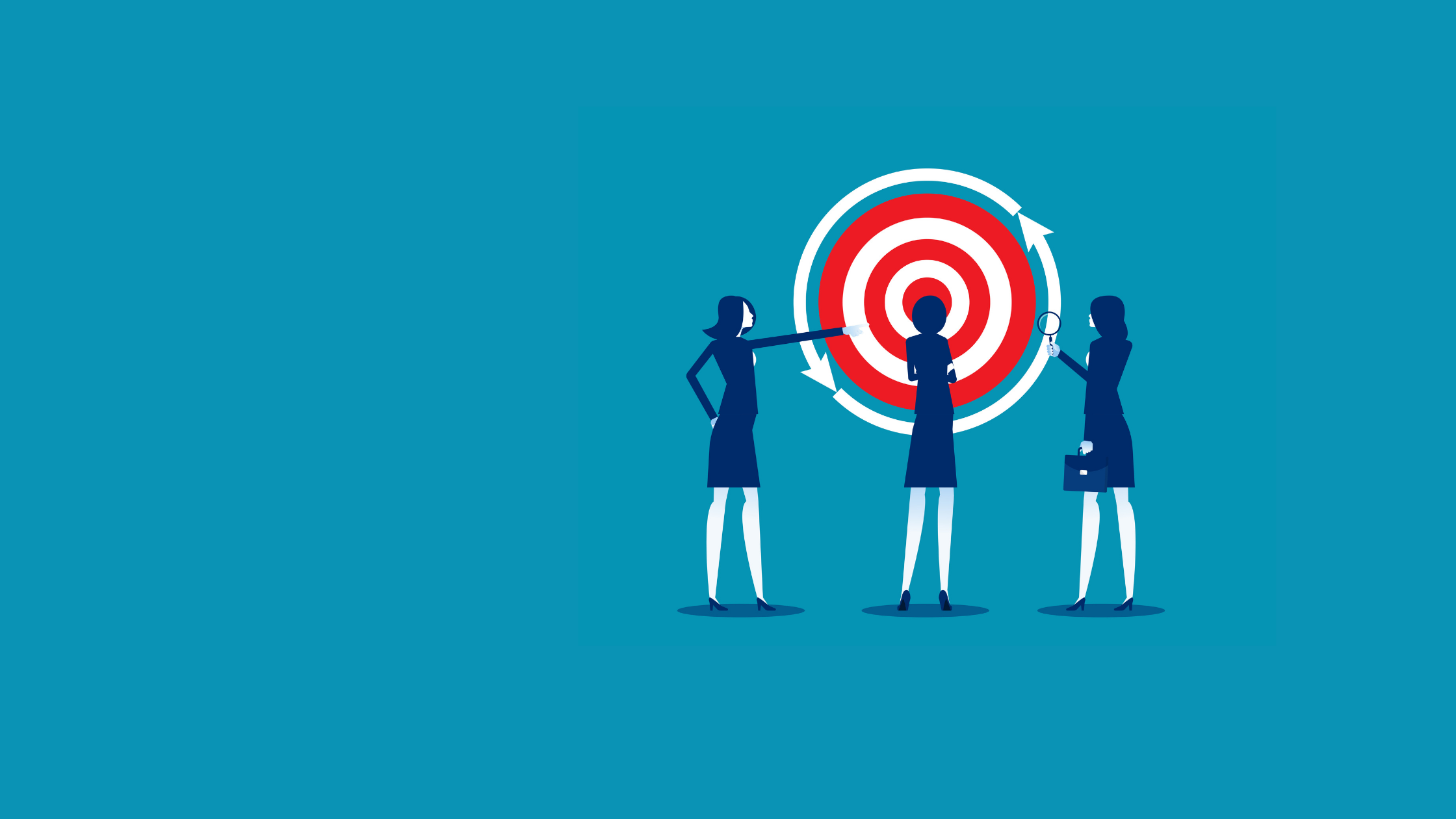 Know Your Target Audience One of the most challenging predicaments that online businesses face is differentiating between relevant and... 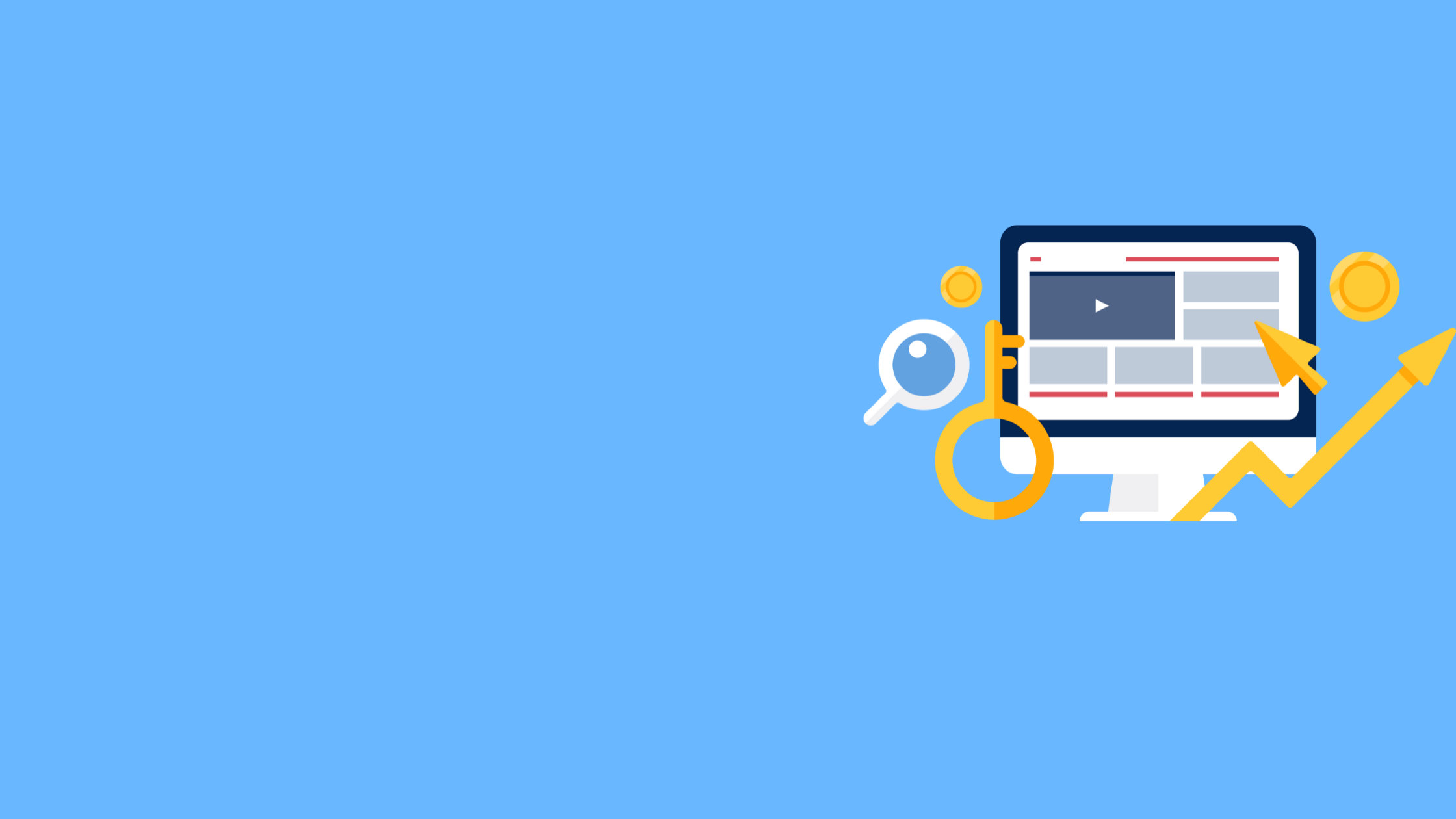 What Is Pay-Per-Click Advertising? Pay-per-click (PPC), also known as cost-per-click (CPC), is an online advertising strategy where an... 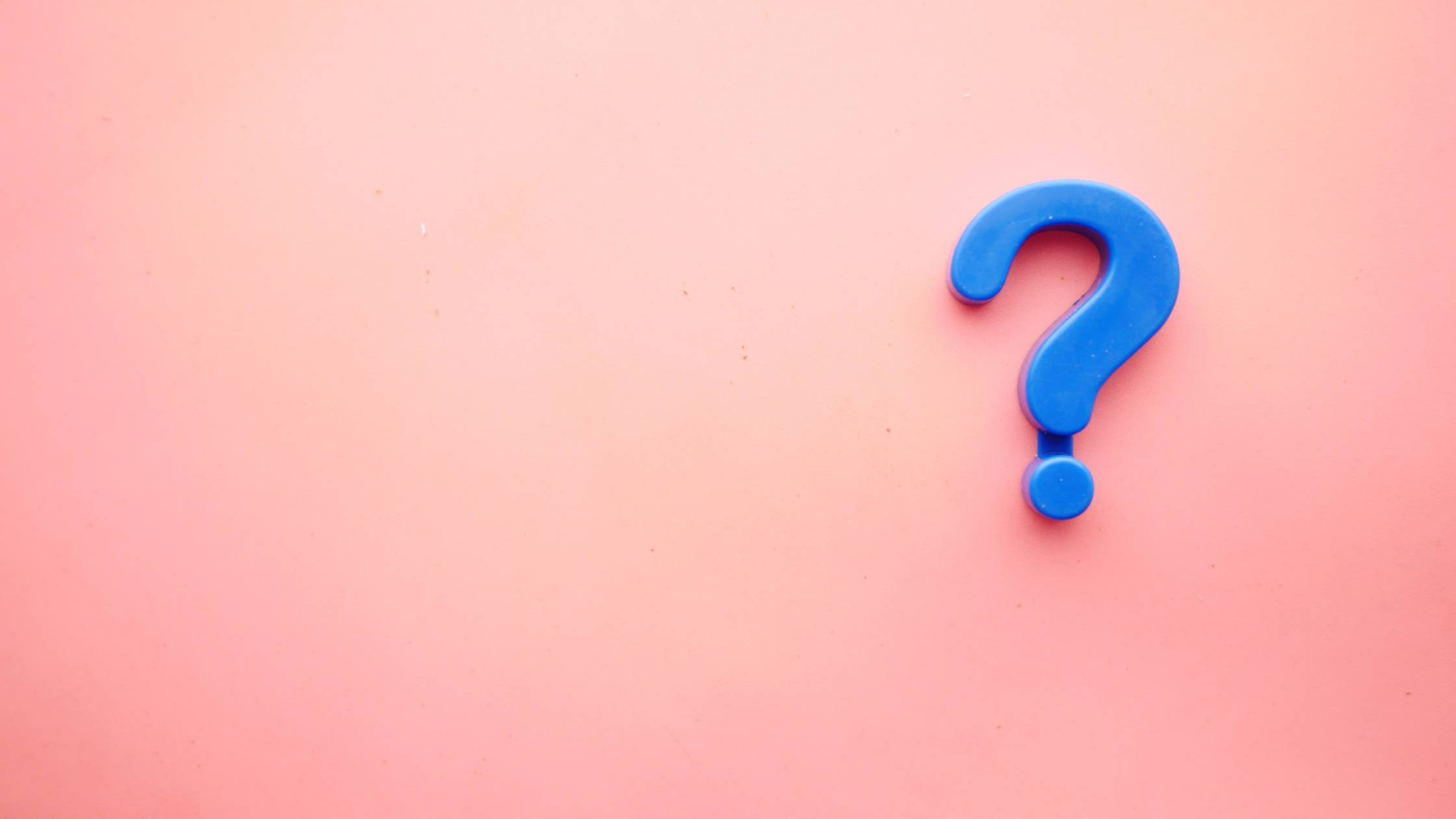 Pros and Cons of Social Media for Small Businesses

Social media is everywhere, especially for marketing. There has never been a more efficient way to promote products and services to your...